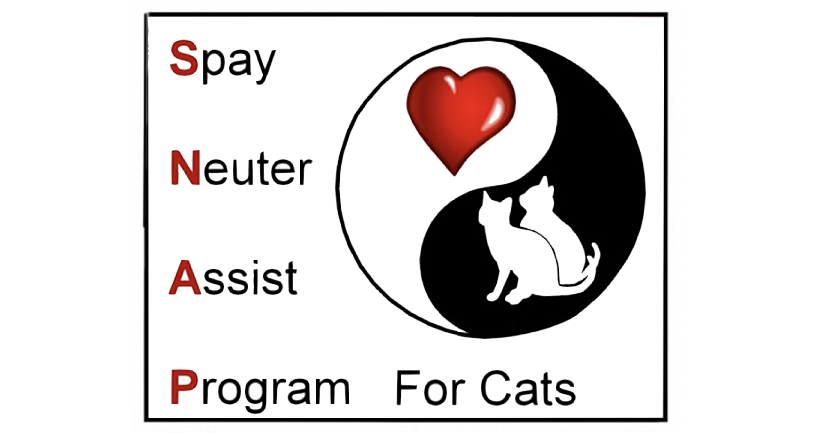 Who We Are: 4 Dedicated Members. 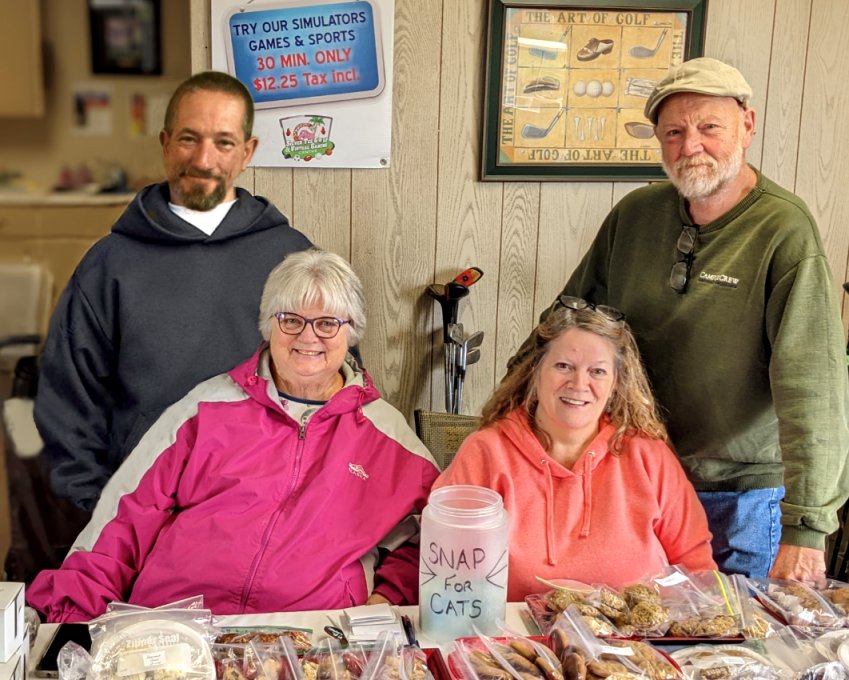 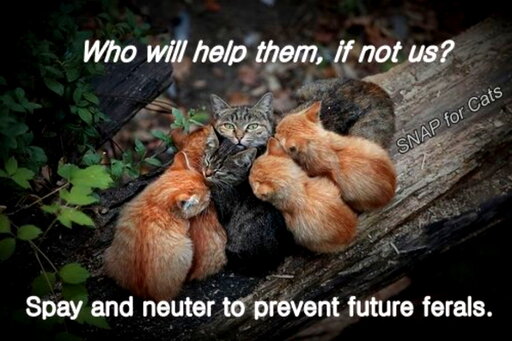 ​Spay, Neuter, Assist Program (SNAP) For Cats consists of 5 dedicated members and volunteers. Our knowledgeable trappers, Richard and Tim, TNR (trap, neuter and return) and transport the cats to and from the clinic. The girls, Karen, Carolyn and Liza, organize the fundraising events, working hard on our ongoing online auction and various event! These hard workers are situated in Windsor, Harrow, Kingsville and Amherstburg.
​
Our organization relies solely on raised funds and donations from the public to cover all costs involved with TNR and vetting.  Food donations go directly to the colony cats (100+) that we care for.
We were established April 1 2014. Registered in September 21 2017. Reg. No. 1981923

The objects for which this corporation is incorporated are:
To lower free roaming /community cat population with a TNR program in Amherstburg On. and surrounding areas and to inspire the idea that all animal lives are valuable and serve a purpose.
To strengthen and improve relationships between humans and animals.
To give free roaming felines a better quality of life and better healthcare.
To offer stray cats winterized shelters when available
To provide domestic stray cats permanent homes whenever possible.
To educate the public on how to manage and care for stray cats through educational literature and events.
To work closely with the Humane Society and local veterinarians with our spay and neuter program.

​Our Beginning:
From big cities to small towns there seems to be a serious problem with the over population of free roaming and feral cats. When some frustrated people in the small town of Amherstburg started to complain about over powering stenches and on-going cat fights in their neighbourhood, the people started talking.
Some of the towns people wanted these cats put down, or at least 'gone' from their neighbourhood! If they had only known there was a simple solution to the problem where the towns people could live at peace with these unloved felines.
A group of concerned people got together at a local church to discuss the issues at hand. It was then we decided to research and learn what could be done to fix the problem- in a humane way. And learn we did! TNvR was the answer. Trap, Neuter vaccinate, then Return these cats to their caretakers. So, from 2009 to 2014 we fund raised and trapped these unwanted cats. We transported them to and from the clinic for spays, neuters, vaccines and ear tips before re-releasing them back to the area where they trapped.
Our group of 13 members worked diligently at trying to lower the feral cat population with this TNvR program. This would surely stop future births of unwanted kittens while giving these present cats a healthier life on the streets. Together we managed to help over 400 cats from Nov. 2009 to March 2014.

We hashed out problems at our monthly meetings but a few members did not agree with the majority of the group. This was the sole cause of the group dismantling. Minutes after our last meeting, most of the active members decided to leave the group, including the President, the Vice President and her husband, and the Secretary, along with five other members. Eight of us walked away leaving everything behind. Some of the eight that walked away, quickly decided to continue our endevour, and SNAP for Cats was born. Spay, Neuter, Assist, Program. (SNAP) For Cats. We purchased traps and carriers to begin anew, and without skipping a beat, we picked up right where we left off. TNvRing cats in need. Our first cat was spayed days after leaving the old group- with the cash we raised from the selling of a donated sewing machine! We fund raised in April and May in order to afford the costs involved. Our vets accepted our new group with open arms, and in October we held our first annual dinner at the Amherstburg Legion- which was a great success!
With the Humane Society's new spay and neuter clinic SNAP for Cats is able to do even more. We now spay, neuter, vaccinate, micro chip and ear tip these unfortunate felines. Revolution may be then given to ward off fleas, ticks, worms and ear mites. And in emergency cases medical assistance is, and has been given, when needed. We are proud to say that in the first two months, we were able to help 64 cats! and, as of 2019 our numbers have climbed to over a thousand! Our mission continues... ​
Click to set custom HTML